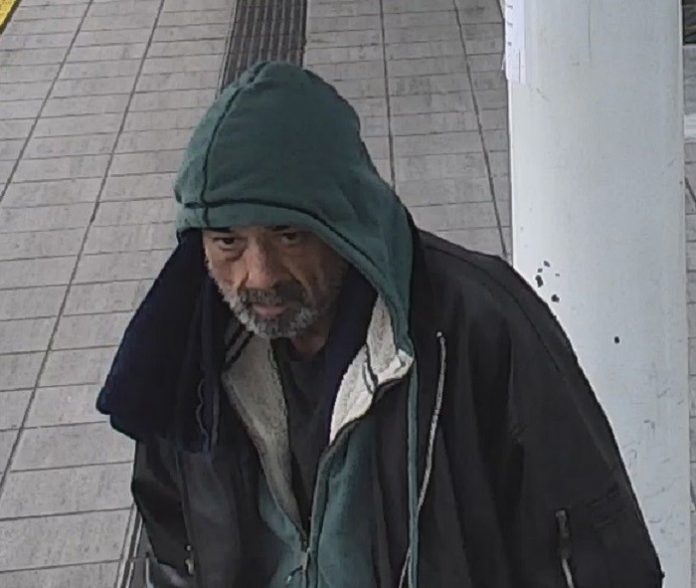 AN appeal to the public by Metro Vancouver Transit Police has led to the identity and arrest of a suspect who allegedly attacked a woman on the SkyTrain.

On April 29, Metro Vancouver Transit Police appealed to the public for help in identifying a man who allegedly violently attacked a woman, punching her multiple times and striking her head against the seating on the SkyTrain.

On April 29, at approximately 2:30 p.m., the Vancouver Police Department responded to an unrelated call in the area of Trout Lake Park. The complainant believed the suspect to be the man seen in media reports as the alleged suspect involved in the SkyTrain attack. The Vancouver Police Department transferred the suspect into Transit Police custody. The suspect, a 51-year-old Vancouver man of no fixed address, is known to police.

Metro Vancouver Transit Police said they sincerely want to thank the public, the media and the Vancouver Police Department for their assistance with this investigation.