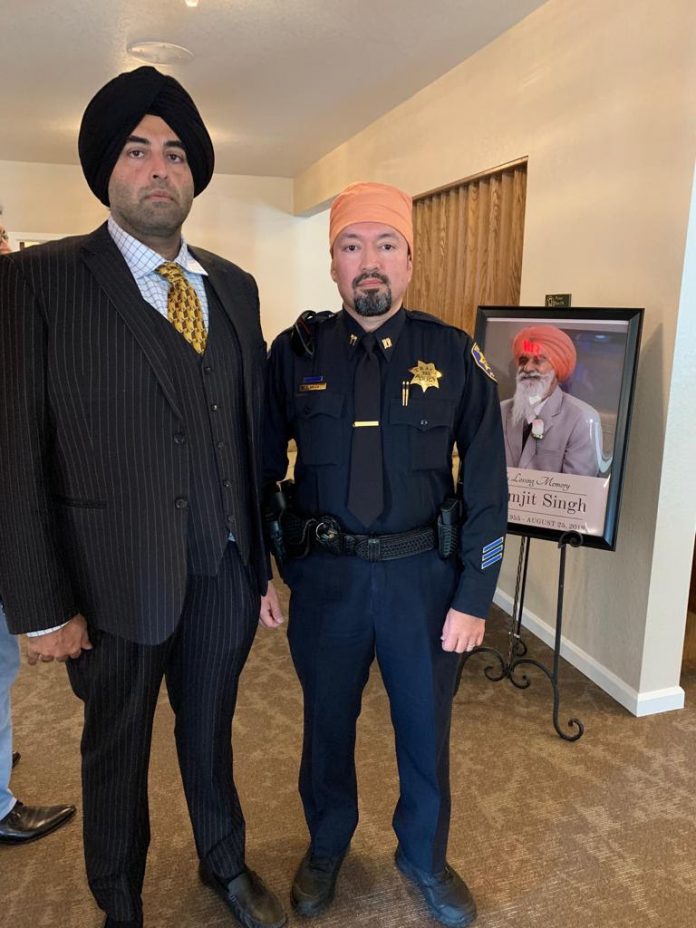 San Joaquin, CA: The 21-year-old man suspected of killing 64-year-old Parmjit Singh, a Sikh grandfather, as he was out for his daily walk in Gretchen Tally Park in Tracy, California, last month appeared in San Joaquin County Court on Monday in continuance of his “not guilty” plea.

More than a dozen advocates from the local Sikh and Muslim communities joined Parmjit’s family in court in a show of support and to further call for justice and answers. U.S. Representative Josh Harder, Tracy Mayor Robert Rickman, members of the Tracy Police and City Council were among the attendees at Parmjit’s funeral held on the weekend of the 18th anniversary of the 9/11 attacks — a date that serves as a key marker in an uptick in hate crimes and targeted attacks against Sikhs and Muslims across America.

“We are here to show solidarity in demanding justice for Parmjit, who cannot be here today to speak for himself due to the heinous targeted attack he suffered at the hands of man who was likely motivated by fear, ignorance and hate,” said Jasmit Singh, United Sikhs organization’s Legal Director. “We are grateful to our brothers and sisters from the Muslim community for joining us in court today to demand accountability from prosecutors and ensure hate crime charges are pursued. As we payed our respects at Parmjit’s funeral on the weekend of the 18th anniversary of 9/11, we are reminded that we must remain ever vigilant against aggressive acts of hate and discrimination. Parmjit came to America in search of a better life for his family and did not deserve to die this way. As we continue to work with the FBI, Department of Justice and local authorities, we call upon the White House and Congress to take these acts of domestic terrorism against our community seriously and enact stronger provisions against hateful rhetoric, discrimination and targeted acts of violence.”

Murder suspect in death of Sikh in Tracy, California caught