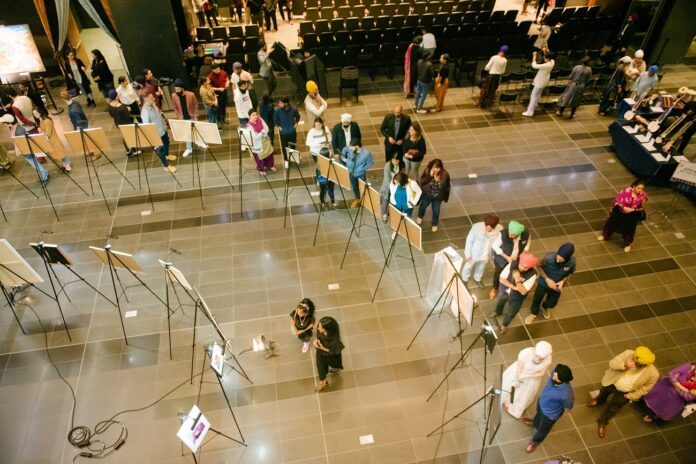 SIKH Heritage Month BC kicks-off its fourth year with a lineup of virtual events highlighting the contributions of Sikh-Canadians to the social, cultural and economic fabric of British Columbia. A series of publicly available lesson plans, virtual walking tours and community discussions will serve as an opportunity to reflect on a history of resilience amidst oppression.
“This past year has shown us the power of collective action in speaking out against oppressive government policies and actions whether it’s regarding Bill 21 here in Canada or the farmer’s protests in India,” says Mohnaam K Shergill, spokesperson for Sikh Heritage Month BC. “This month is an opportunity for Sikh-Canadians to share our present struggles and our history of fighting for equal rights, justice and fairness with all British Columbians.”
As COVID-19 continues to limit the opportunity for in-person gatherings, including the annual Vaisakhi parades in Vancouver and Surrey, Sikh Heritage Month BC is using virtual platforms to encourage inter-community dialogue about the history of Sikhs in Canada, the ongoing farmers’ protests in India and the struggle for human rights.
“The Sikh community globally is inspired by the ongoing resilience of farmers in India, and the outpouring of international support,” says Danish Singh, a director of Sikh Heritage Month BC. “We hope that the discussions around race, resilience and faith this month will help British Columbians better understand why so many of their friends and neighbours have been personally impacted by the events in India.”
A series of carefully curated lesson plans exploring the history of Sikhs in British Columbia are now publicly available through the Sikh Heritage Month BC website. From early immigration to the Komagata Maru apology to Bhai Mewa Singh, these lesson plans seek to incorporate Sikh voices and histories into the BC curriculum.
“Each of our lesson plans has been prepared in consultation with education professionals and historians,” says Jasleen K Sidhu, a high school teacher and director of Sikh Heritage Month BC. “We hope they will give British Columbians an opportunity to dive into the rich but often forgotten history of BC’s Sikh community – education is key to communal understanding and acceptance.”

Hosted by Dr. Sharn Sandhra and the Sikh Heritage Museum, British Columbians are invited to attend “Discrimination Meets Determination,” the virtual launch of a permanent installation of the Komagata Maru Exhibit on April 14. Not to be missed, the event will feature guest speakers, poets and descendants of the Komagata Maru.
Later in the month, historians Paneet Singh, Naveen Girn and Milan Singh from the ‘Nameless Collective’ will host a series of virtual walking tours, guiding guests through the streets of Kitsilano, the Punjabi Market, New Westminster and downtown Vancouver. Taking place on April 25 and May 2, these tours will feature the stories of early Sikh migrants and unearth the history behind some of British Columbia’s most frequently visited areas.
Sikh Heritage Month events will continue throughout the month of April. Information on Sikh Heritage Month and partner events is on the website: sikhheritagemonthbc.ca