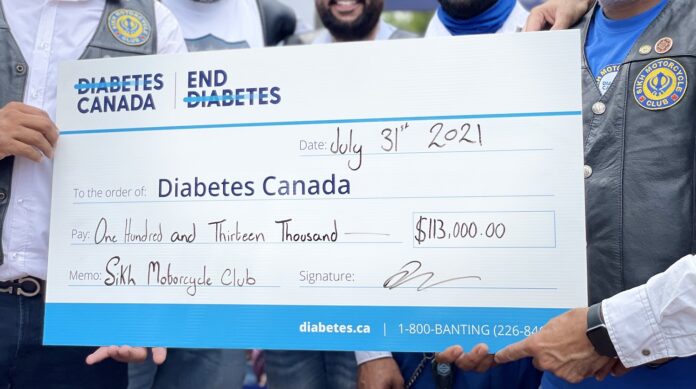 In the closing ceremony of this ride, the founder of the club, Harjinder Singh Thind, thanked all the motorcycle clubs who participated in this ride and contributed to its success. Dr. Paramjit Singh Sohal spoke on the ill-effects of diabetes and the ways to prevent it. The Sikh Motorcycle Club was thanked by Sarah Reid, Regional Director, Diabetes Canada British Columbia, for the donations.