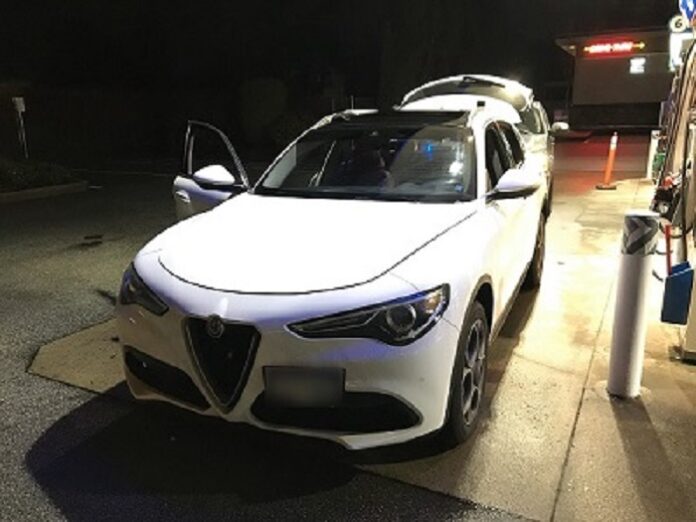 SURREY Gang Enforcement Team (SGET) officers seized a luxury vehicle, along with drugs and cash on Saturday during pro-active enforcement in Newton.

Shortly after midnight on February 20, SGET officers were conducting pro-active enforcement in the area of 121A Street and 85A Avenue, the location of a recent targeted gang shooting. The officers observed a suspicious vehicle and initiated a traffic stop under the Motor Vehicle Act.

The woman was subsequently arrested for possession for the purpose of trafficking and released from custody while the investigation continues. The Alfa Romeo Stelvio has been seized as offense-related property, pending investigation.

Since January, additional officers of the Surrey Gang Enforcement Team were deployed across the city, increasing the size of teams and the reach of officers specialized in gang disruption. These officers have been in direct contact with gang members and affiliates in Surrey, through increased curfew checks as well as continued targeted enforcement and vehicle interdictions. Between January 24 and February 21, SGET completed the following:

* 12 drug investigations that resulted in the seizure of seven vehicles