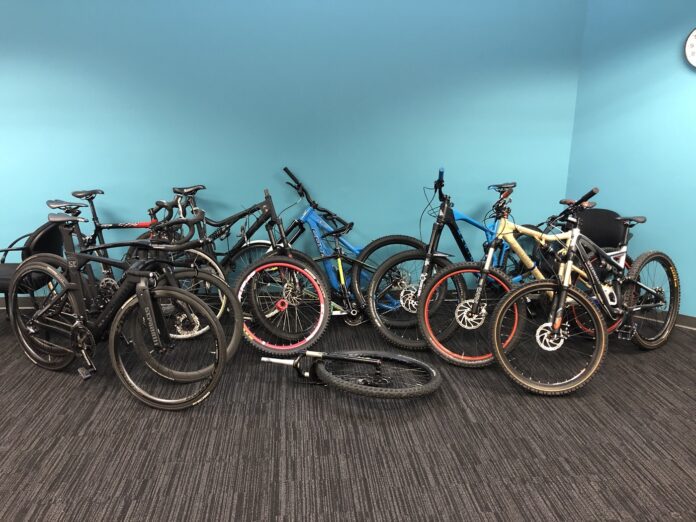 SEARCH warrants executed at three separate residences led Surrey RCMP to the seizure of items stolen from Surrey schools during a series of break and enters.

On June 9, the Surrey RCMP Property Crime Target Team (PCTT) began an investigation into a spree of 20 break and enters which occurred at various Surrey schools, between May 1, and June 9.

PCTT officers executed the search warrants with the assistance of Surrey RCMP’s Gang Enforcement Team (SGET) and Community Response Unit (CRU).  During the searches, officers seized a quantity of computers, projectors and electronics, some which were stolen from schools. Officers also located high-end bicycles, mail, credit cards, and over $18,000 cash.

Three men were arrested in relation to this investigation. Two of the men have been released pending further investigation, the third man, 38-year-old Thomas Bourque, was charged with break and enter, possession of stolen property.  He was initially held in custody and later released on conditions.

“Our officers took it to heart when they heard schools were broken into,” said Staff-Sgt. Ryan Element, acting Proactive Enforcement Officer. “Knowing the stolen property impacted teachers and students in our community, our team was determined to recover the items and locate the suspects.”

Anyone with information is asked to contact the Surrey RCMP at 604-599-0502 or, if they wish to make an anonymous report, contact Crime Stoppers at 1-800-222-TIPS or www.solvecrime.ca.