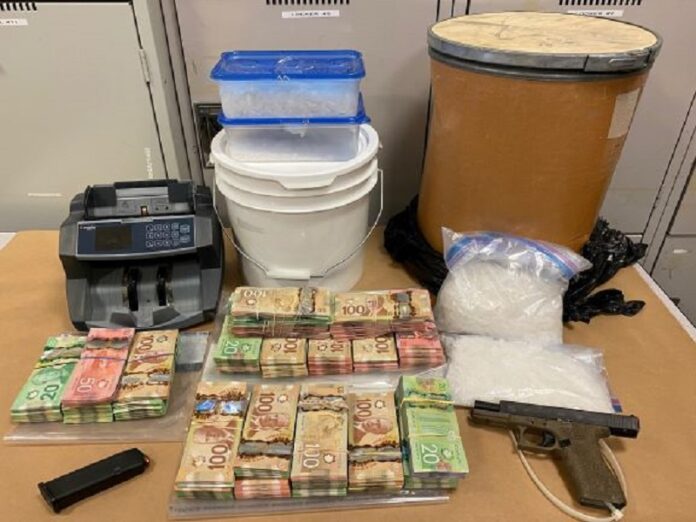 SURREY RCMP seized a significant stash of drugs, over $200,000 in cash, and a firearm after a search warrant execution at a residence in Guildford.

Investigators obtained and executed a search warrant at the residence later the same day and seized numerous items including suspected crystal meth, heroin, cocaine, fentanyl, and a drug-cutting agent. Officers also located and seized over $200,000 in cash, as well as a firearm and ammunition.

No arrests have been made at this time, however, the investigation is ongoing.

“Our officers are always prepared for the unexpected when responding to files,” said Superintendent Manly Burleigh, Surrey RCMP Operations Officers. “In this case our frontline officers were responding to a report of a break and enter which turned into a large drug and cash seizure.”