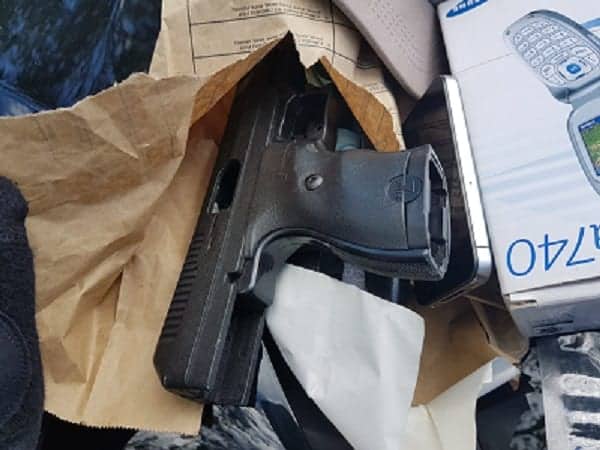 AS a result of proactive patrols, Surrey RCMP have arrested two men and seized a handgun, along with a quantity of drugs in the Newton area.

On June 26, members of the Surrey RCMP Drug Unit were on patrol in the area of 64th Avenue and King George Boulevard when they observed individuals in a car allegedly conducting activity consistent with drug trafficking.

Daniel Ashenden, 33, of Surrey has been charged with one count of failure to comply with conditions not to possess a prohibited weapon.

“We are actively engaged in locating and arresting individuals who pose a significant risk to public safety,” said Inspector Shawna Baher, Surrey RCMP Proactive Enforcement Officer. “These arrests are part of the continued effort by our officers to target those involved in the illegal drug trade that perpetuates violence in our city.”

Anyone with more information about suspicious activity is asked to contact the Surrey RCMP at 604-599-0502. If you wish to make an anonymous report, contact Crime Stoppers at 1-800-222-TIPS or www.solvecrime.ca.