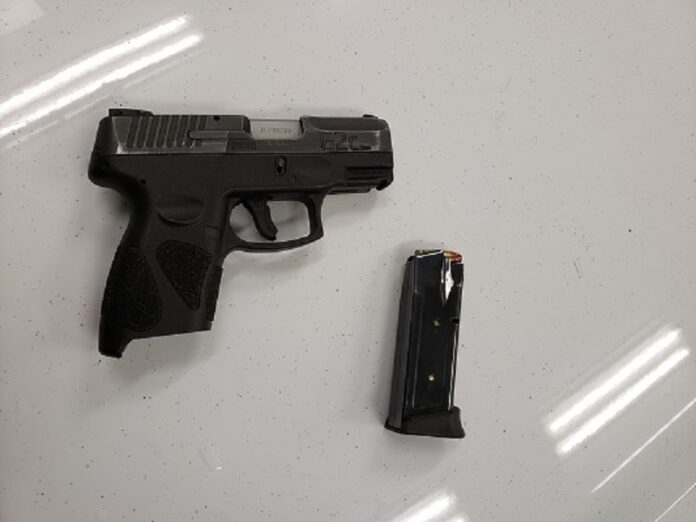 A Surrey RCMP frontline officer located a loaded handgun on a driver following a traffic stop in the Newton area.

On May 28, at approximately 1:45 a.m., a Surrey RCMP frontline member was patrolling in Newton and observed a vehicle with inactive insurance. The officer initiated a traffic stop in the 7600-block of King George Boulevard and upon further investigation, a loaded firearm was located on the driver. The vehicle was towed, the driver was arrested and later released on an undertaking as the investigation continues.

The driver has a non-restricted Possession and Acquisition License which does not permit them to legally own or possess a restricted handgun, nor does it allow them to unsafely carry a concealed loaded weapon.

“Vehicle interdictions reach far beyond just traffic safety,” said Cpl. Vanessa Munn, Media Relations Officer, on Wednesday. “In this case, the diligence of the officer conducting a traffic stop led to the seizure of a loaded handgun and potentially multiple criminal charges.”