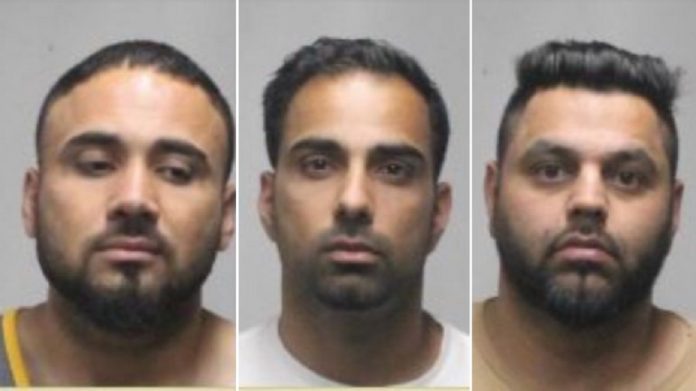 Manpreet Singh, 36, and Parmvir Gosal, 39, later turned themselves in to police and were arraigned in Sutter County Superior Court on charges of attempted murder, mayhem and special allegations of great bodily injury. Hirdehpal Singh, 29, was arrested earlier this year and booked into the Sutter County Jail on suspicion of two counts of assault with a deadly weapon.

In June, Yuba City police officers learned nine Indian men told a man who had witnessed the attempted homicide at the parade not to testify and then assaulted him.

On Monday, the police reported that they had arrested four of the nine suspects and booked them into the San Joaquin County Jail. Parmvir Singh Gosal, Pritpal Singh Gill, Jaskaran Singh and Narinder Singh face charges of dissuading a witness, assault with a deadly weapon and robbery, reports Fox 40 TV.

Police are still looking for Karanjeet Singh, 32, of Lathrop, Surinder Singh Kailey, 30, of Tracy and Malkit Singh Gosal, 50, of Tracy, while two other suspects have yet to be identified.

If you have any information, call Detective Singh of Yuba City Police Department at 530-822-2028.