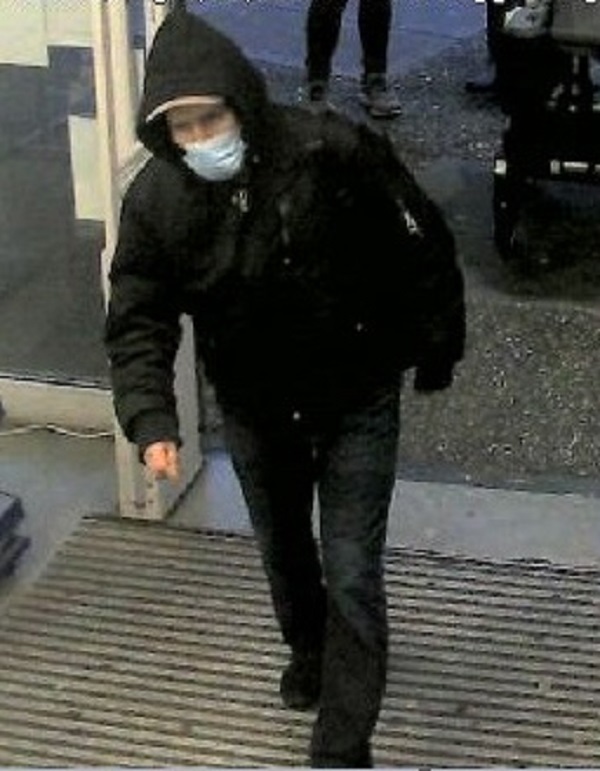 VANCOUVER Police are appealing for witnesses to a robbery at a downtown drug store where an employee was attacked with bear spray.

An unidentified man walked into the pharmacy at London Drugs at Granville and West Georgia streets on Tuesday, December 29 just after 3 p.m. and selected three bottles of vitamins. Store security saw him conceal the bottles in his black backpack and confronted him.

“The suspect used bear mace against the store employee,” said Constable Tania Visintin. “The spray was applied directly to the victim’s face.”

The suspect is white, and around 40 to 50 years old. He is about five feet, five inches tall and has an average build. He was dressed in a black hooded sweater with a black jacket on top, dark blue jeans and a baseball cap with a yellow brim. He was carrying a black backpack and was wearing a blue medical mask.

“Officers arrived on scene within minutes of the call coming in but were unsuccessful in locating the suspect,” said Visintin.

Anyone who has information on the robbery or anyone who recognizes the suspect is asked to call Vancouver Police at 604-717-4021.