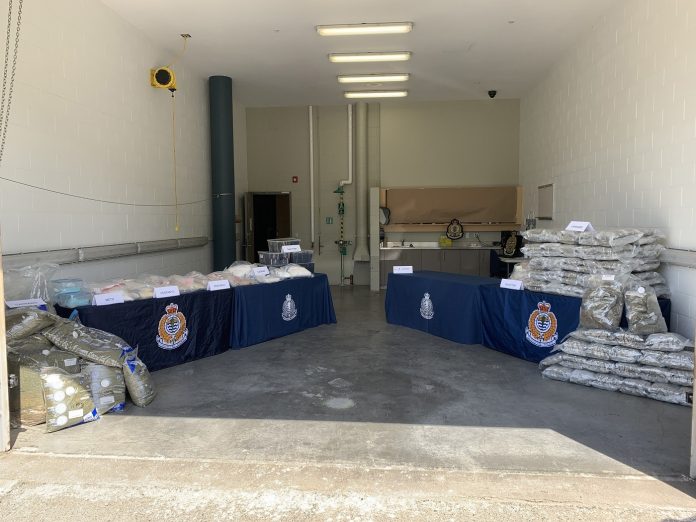 VANCOUVER Police have seized nearly $3 million worth of street drugs and eight handguns after a four-month investigation into the flow of illicit opioids into Metro Vancouver.

“This was a collaborative effort involving officers from the Organized Crime Section, Emergency Response Team and Patrol Officers leading to this substantial seizure of drugs,” said Inspector Bill Spearn on Wednesday.  “We believe this will have a significant effect on the drug trade and will impact the health and safety of the local community.”

Early in 2020, the VPD’s Organized Crime Section launched Project Transit to target offenders engaged in the distribution of illegal opioids. The investigation culminated in the execution of five search warrants on April 29. Four warrants were executed in Vancouver and one in Richmond.

The following items were seized:

* 20 kilograms of what is believed to be fentanyl with a bulk street value of $1.6 million

* six kilograms of methamphetamine with a bulk street value of $90,000

Police arrested eight people when the warrants were executed. All suspects were later released without charges pending further investigation. The investigation is active and police expect charges to be recommended in the coming months.