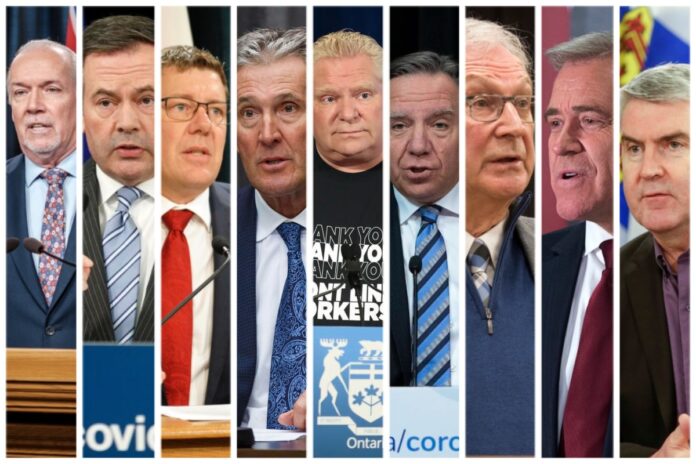 WHILE provincial governments cannot yet claim full victory in the long and ongoing fight against the COVID-19 outbreak, their electoral positions are apparently gaining ground.

A new study from the non-profit Angus Reid Institute finds that at least seven-in-10 residents in every region of the country say their province has done a good job in handling COVID-19.

Further, and likely owing in part to that satisfaction, in each of the provinces canvassed, the governing party holds a vote intention advantage of at least six points. In Ontario, British Columbia, and Quebec, the impact has been considerable, with the respective parties of the Ford, Horgan and Legault governments now each enjoying more than a 15-point lead.

Political fortunes can turn on a dime, however, and longer-term assessments of issues may portend challenges for some governments, even if they are currently the top choice of constituents.

In Alberta, just 43 per cent of residents say the United Conservative Party has done a good job of handling the economy, in Newfoundland and Labrador that number drops to just 32 per cent in assessing Dwight Ball’s governing Liberal Party. And while it has dropped down the list of priorities during the pandemic, climate change remains a top issue – one over which few provincial governments appear to be hitting the mark. Just 43 per cent of Canadians say their provincial government has handled climate and environmental issues well, dropping to just 35 per cent in Ontario.

In British Columbia, the BC NDP has been sustained since 2017 in a Confidence and Supply agreement with the provincial Green Party. With an election scheduled to be held next year, the NDP has opened up its largest lead since forming government: