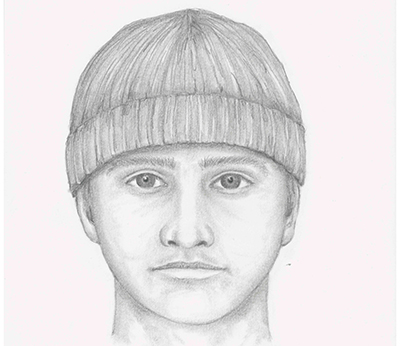 SURREY RCMP are looking for your help to identify a man who sexually assaulted a woman in Newton this summer.

During the morning of July 14, 2020, a woman was sitting at a bus stop at 144th Street and 78th Avenue when an unknown man sat down beside her and groped her. When the woman confronted the man, he fled on a bicycle. The woman was physically uninjured and reported the incident to police.

A photograph and a composite sketch have been obtained and, after other avenues of investigation have been unsuccessful, police are asking the public to help identify the suspect (see photo and composite sketch).

The suspect is described as a South Asian male, 25 years old, with a round face and no facial hair. He was wearing black jeans, a black windbreaker, navy blue socks and a black helmet. He was riding a white bicycle with neon tape at the base of the seat.

Anyone with information is asked to contact the Surrey RCMP at 604-599-0502 or, if you wish to make an anonymous report, contact CrimeStoppers at 1-800-222-TIPS or www.solvecrime.ca.