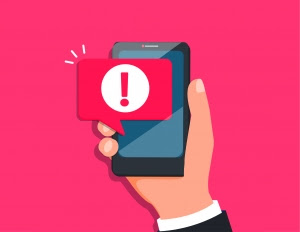 DELTA Police have received at least three complaints this week of fraudsters threatening Delta residents with arrest in a variation on the Google Play scam.

In this scam, fraudsters pose as some sort of government agency or financial institution, and demand payment through Google Play, or in one instance that was reported, Bitcoin. One victim was called by an unknown male claiming to be a police officer, informing the victim that he had an outstanding debt that needed to be paid immediately. The victim was advised to purchase $3,000 worth of Google Play cards, and give the fraudster the pin numbers. Google Play and bitcoin have become a trend for fraudsters, as they are difficult to track and easy to cash out.

Scammers will pose as someone in the position of authority in order to try and convince their potential victims to take them seriously. Delta Police want to advise the public to be aware of this scam, and not to give money or gift cards to unknown individuals over the phone.

Many of these fraudsters have targeted Punjabi-speaking residents of Delta, therefore police are releasing this information in Punjabi.