THE Consulate General of India in Vancouver in partnership with nine different Hindi organizations celebrated the Vishwa Hindi Diwas (World Hindi Day) 2023 on January 17 at Fraserview Hall in Vancouver which was attended by over 150 people.

This day is traditionally celebrated every year with the objective to promote Hindi as an international language around the world. Local organizations involved in propagation, teaching and preservation of the Hindi language among the Indian Diaspora around the world are encouraged to participate in the Vishwa Hindi Diwas.
The program started with the reading of Indian Prime Minister Narendra Modi’s message on the Vishwa Hindi Diwas followed by a welcome address by Consul General Manish. In his address, Manish welcomed the audience and thanked the Indian associations for propagating and promoting Hindi in Canada. He also highlighted the importance of the Vishwa Hindi Diwas, the role of Hindi in nation-building, and the forthcoming World Hindi Conference in Fiji in February.
The event included a colourful kaleidoscope of Hindi poetry, songs and classical music, eloquently presented and performed by children and adults as part of the World Hindi Day celebrations. Members and students of Bharatiya Kala and Sahitya Parishad, Vedic Hindu Cultural Society, Global Hindu Foundation, Varad Ashram Inter-cultural Service Humanitarian World Association, Literary Society of Canada, Srijini, Manswini, Indian Cultural Association, and Ganesh Hindu School participated in the event. Three cultural dance groups performed at the eveent: Spirit of Dance Academy, Mudra School of Dance, Sudnya Dance Academy.
The participants were honored with plaques and certificates by the Consul General and a thanks note by Consul G. Ajith Kumar thanked the participants. 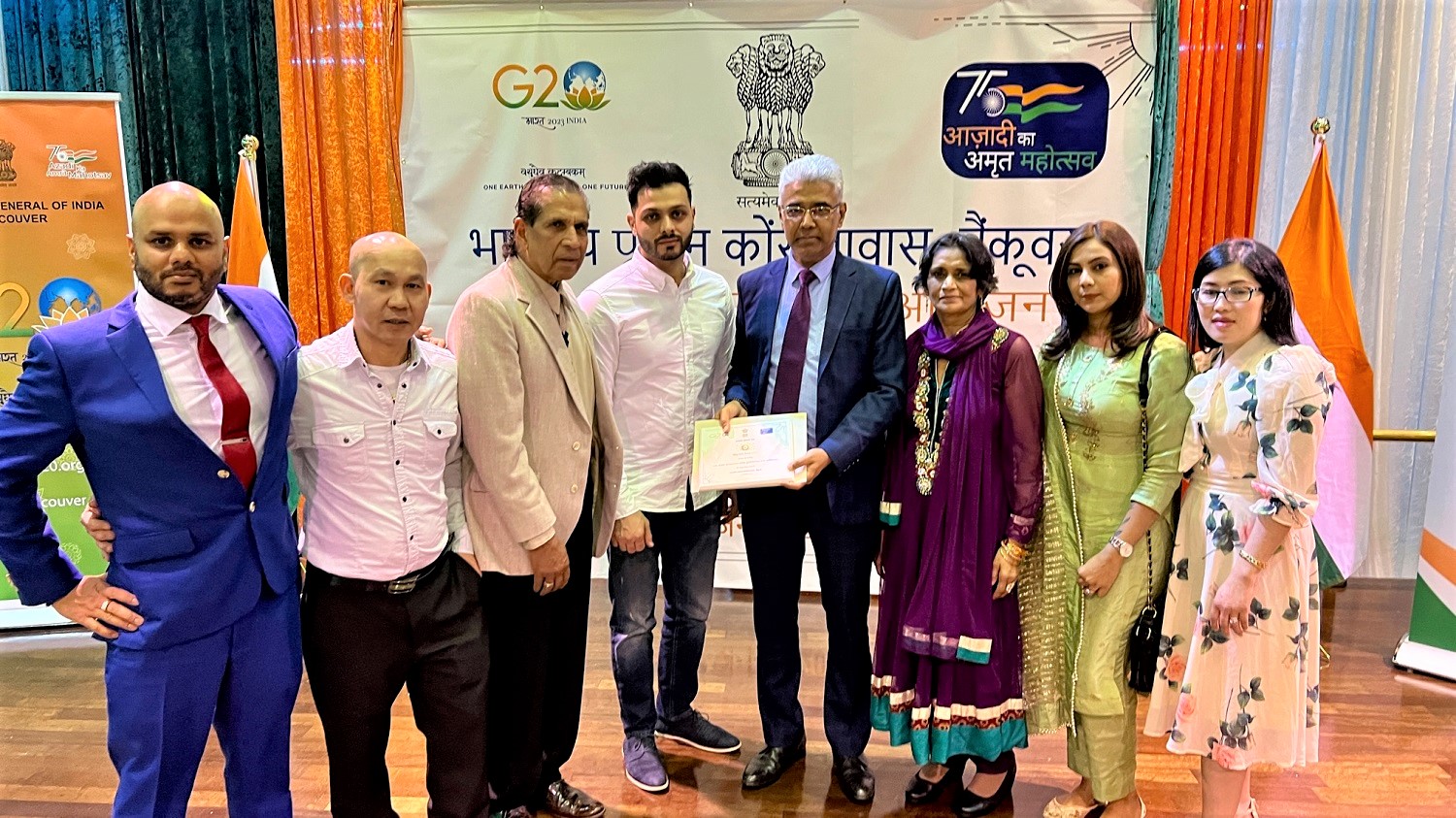 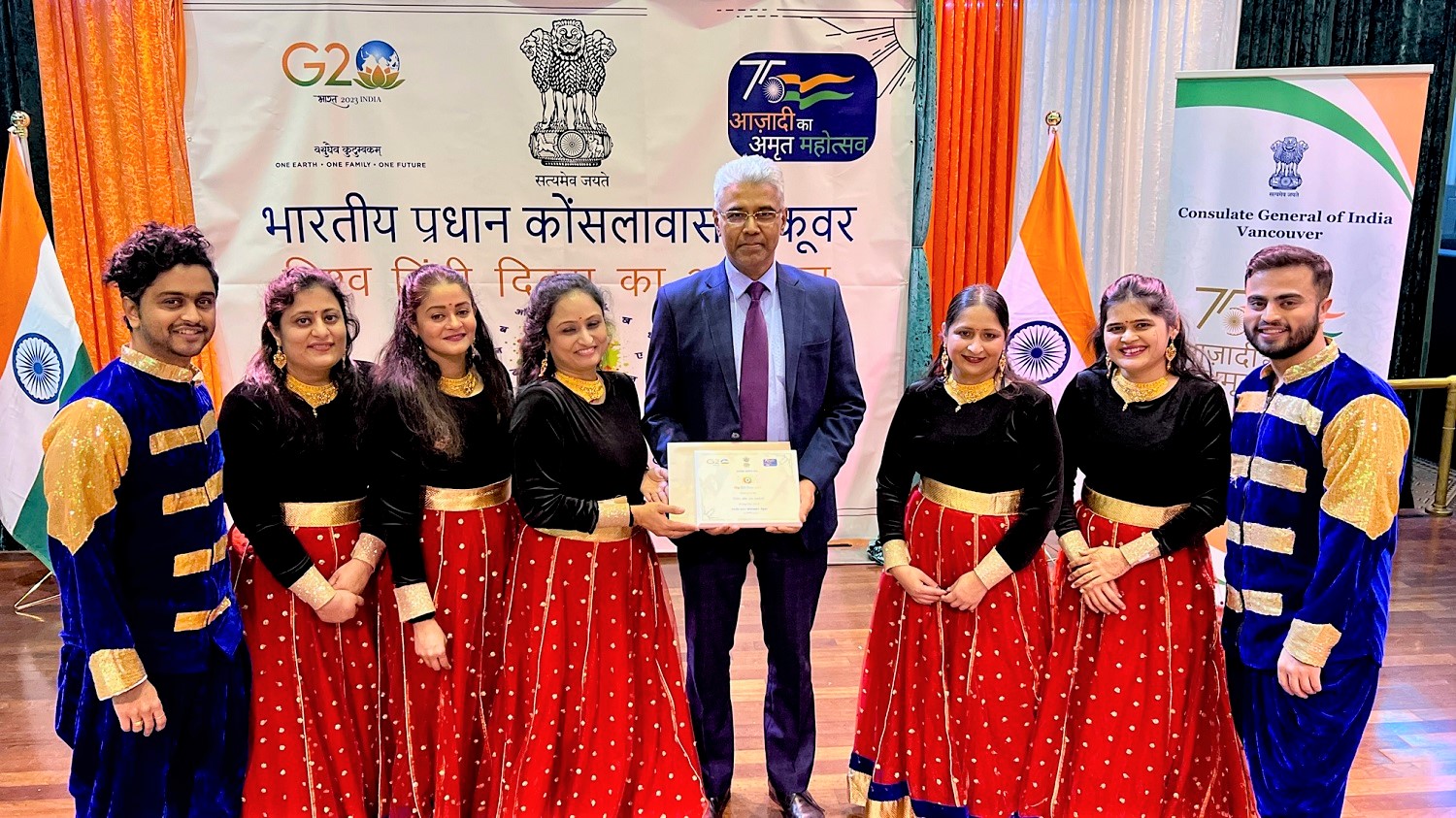 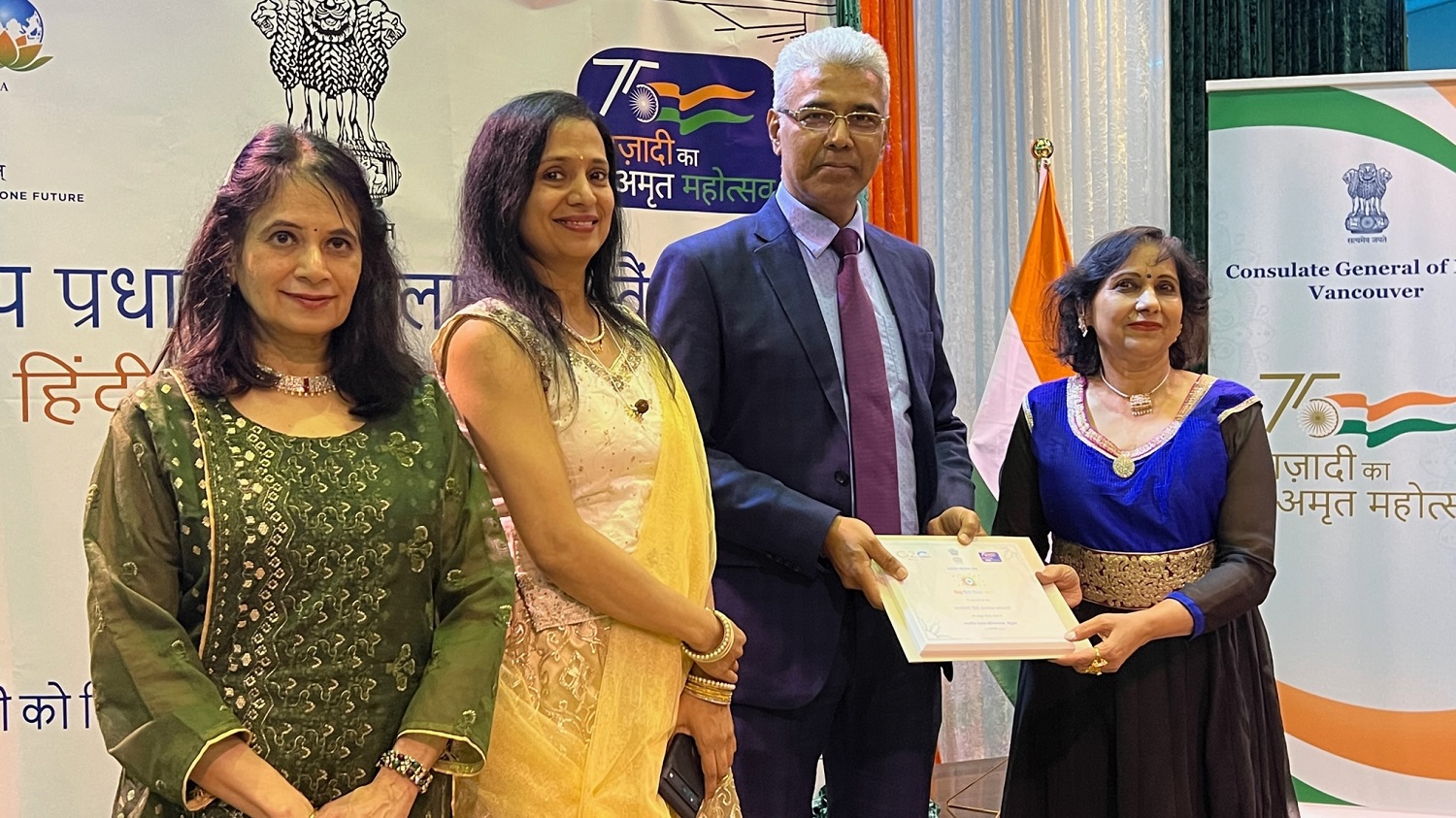 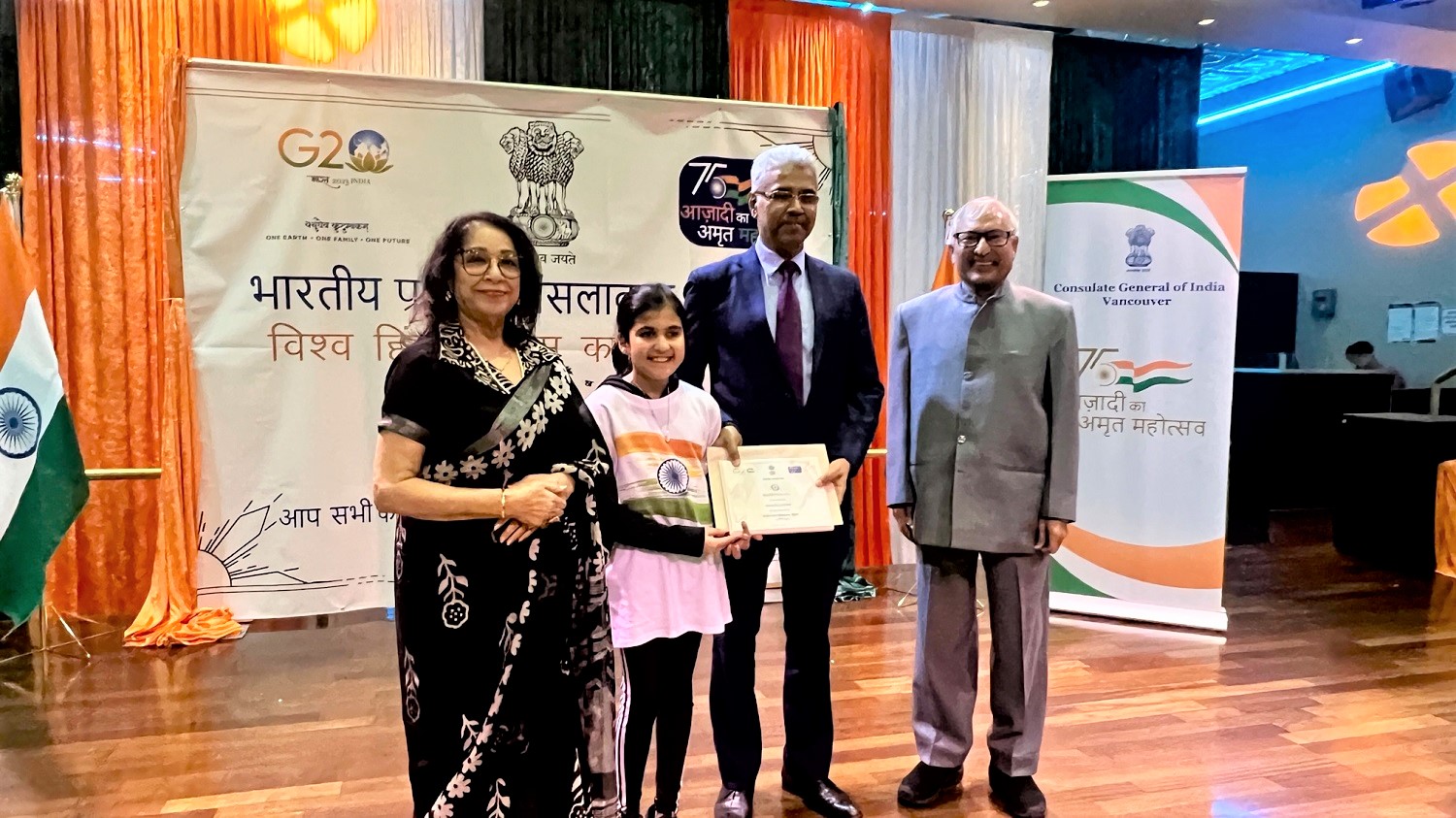 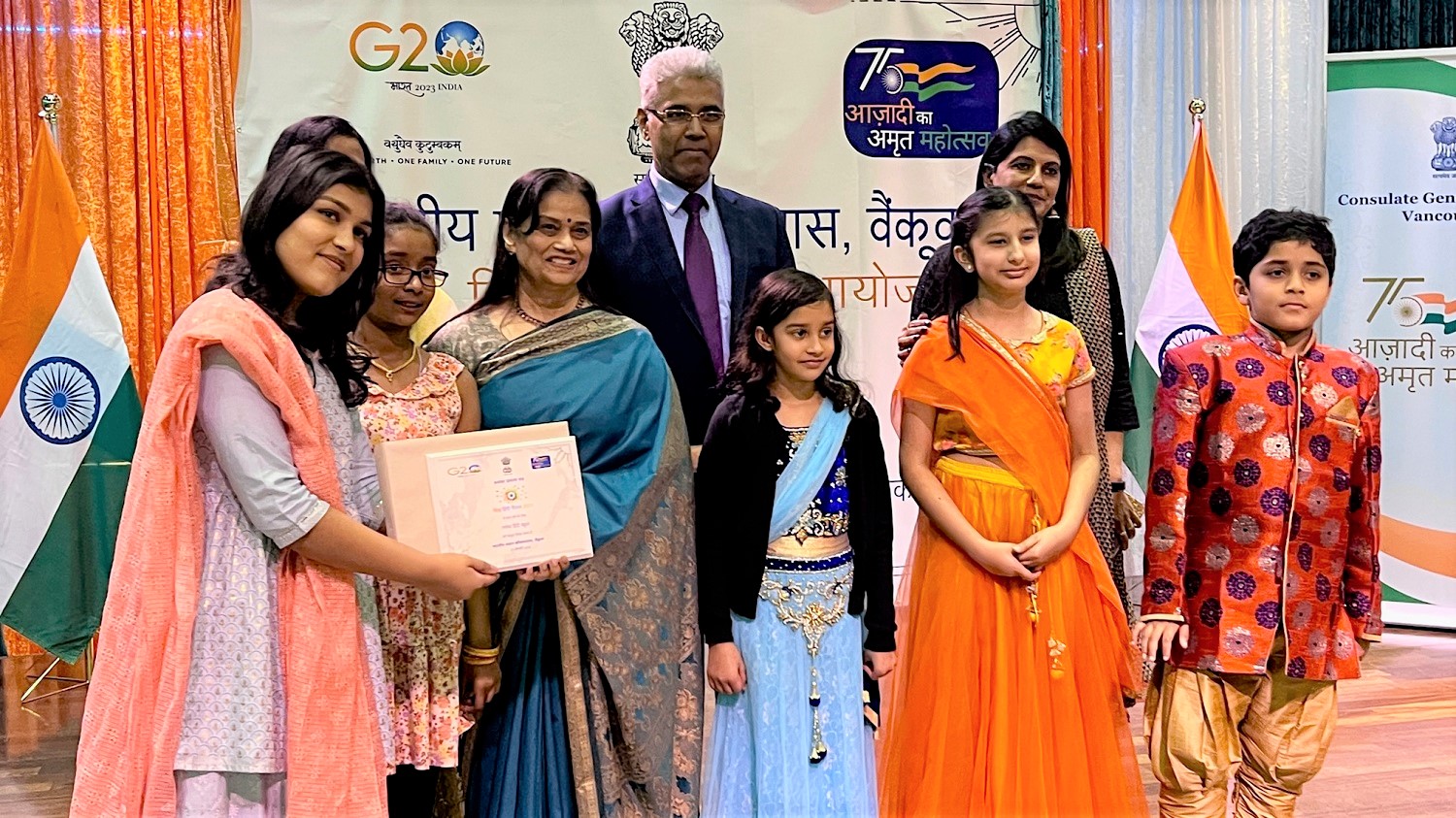 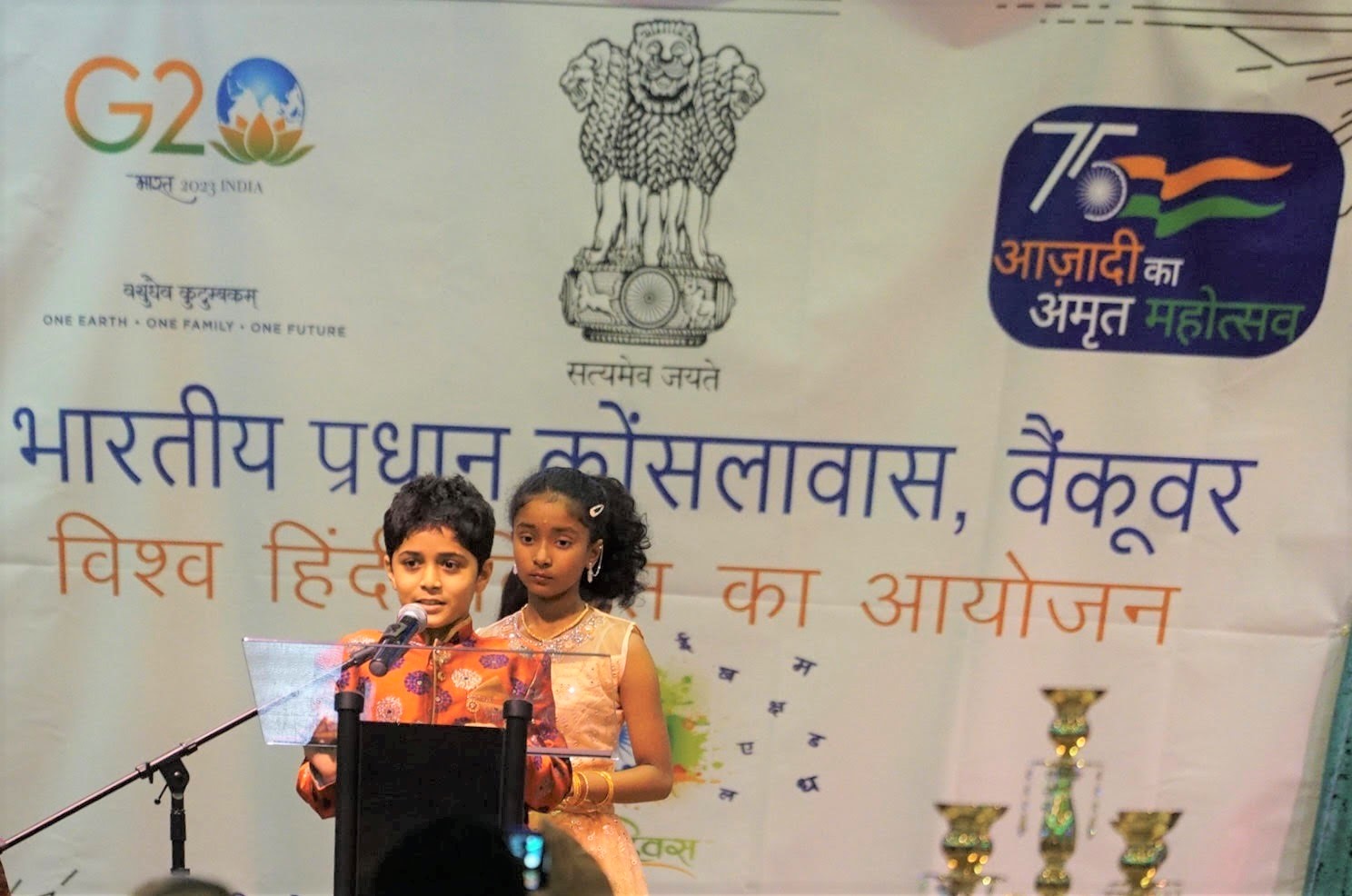 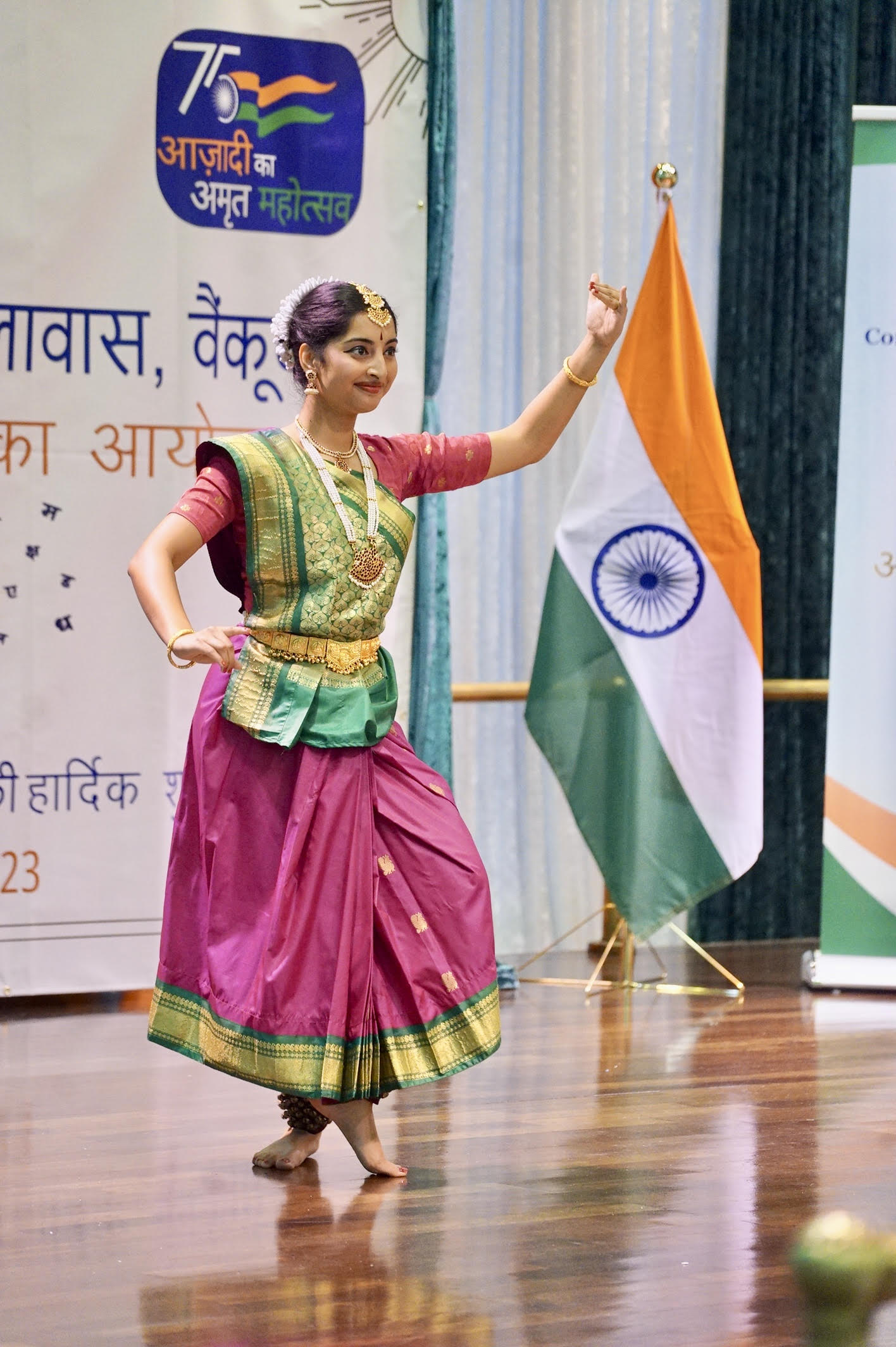 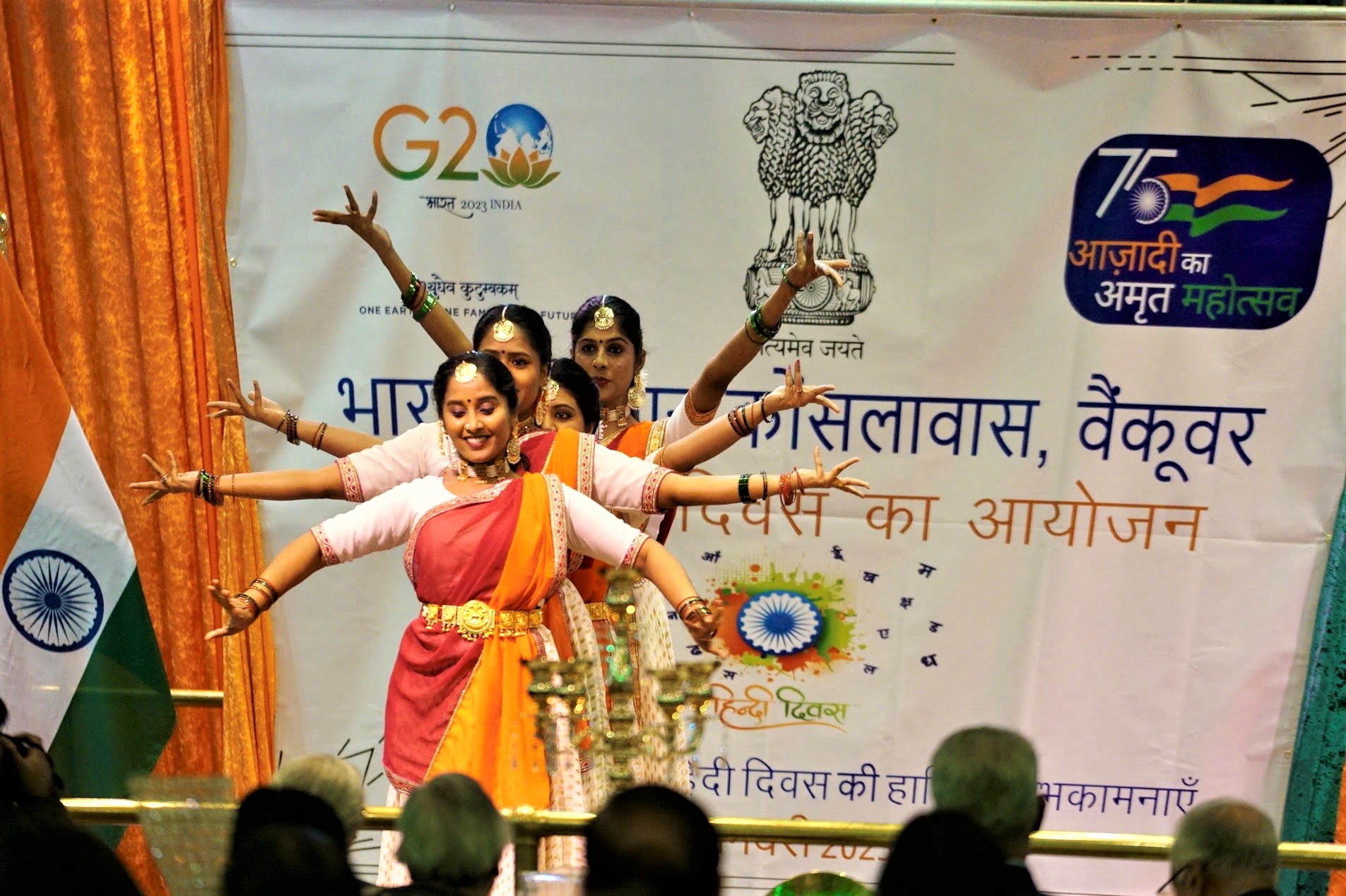 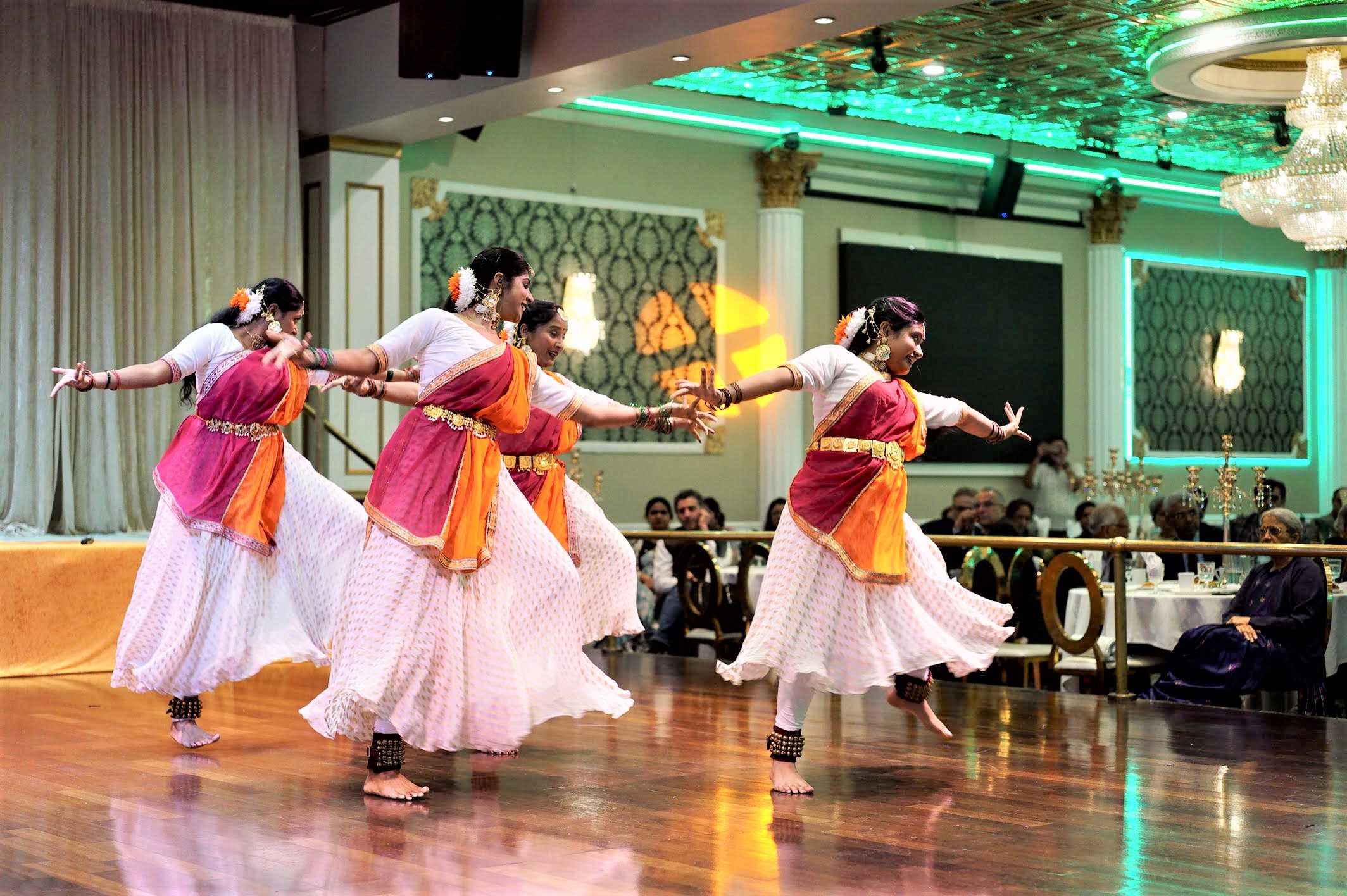 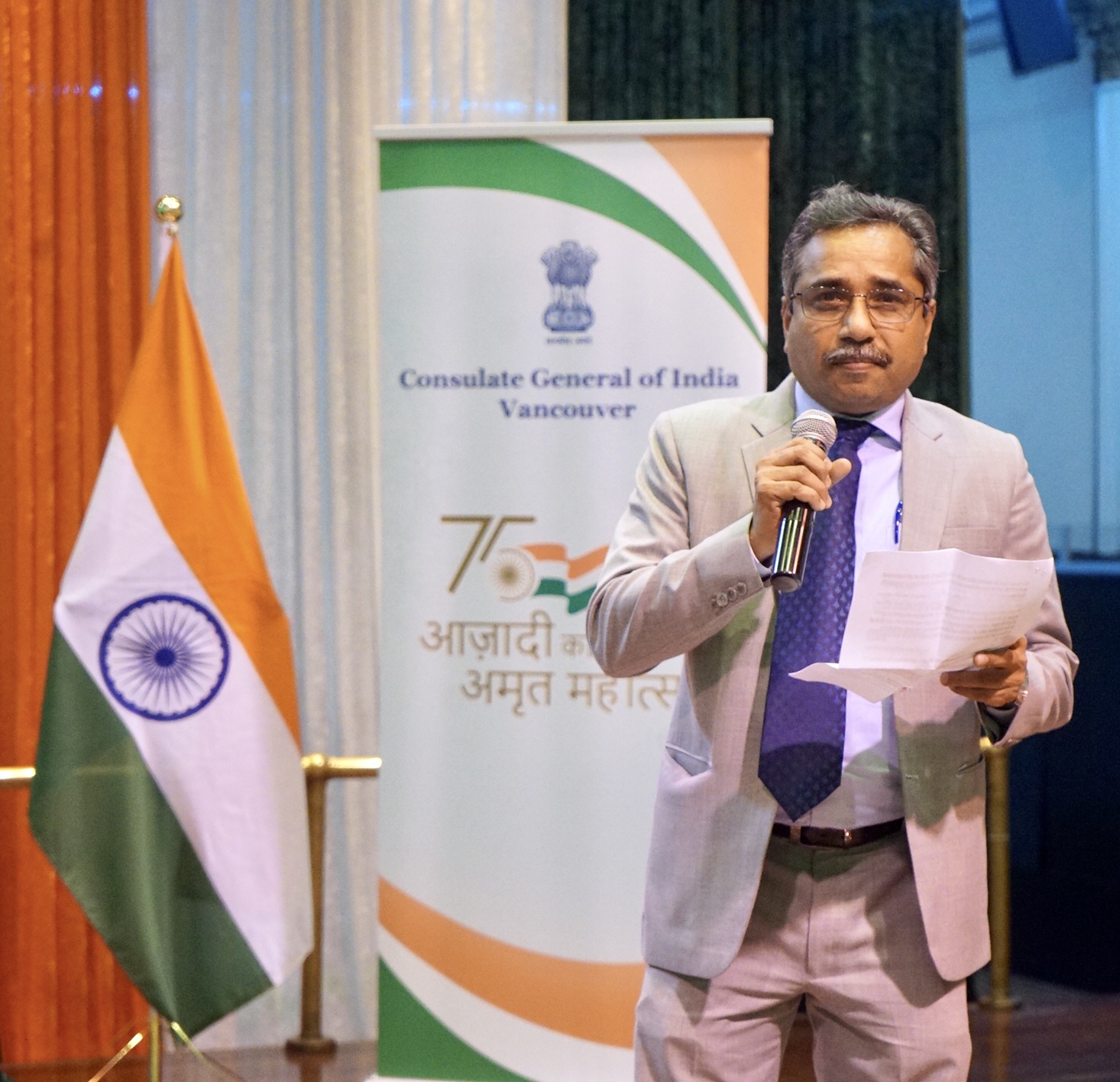