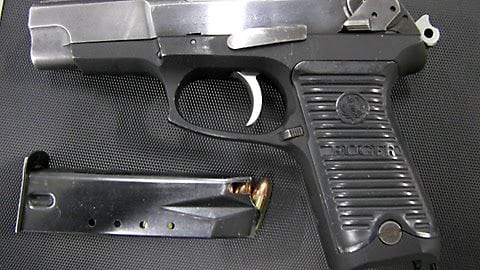 EDMONTON: A loaded handgun, with its serial number removed, was seized alongside an assortment of drugs in a recent ALERT (Alberta Law Enforcement Response Teams) investigation that took place in Edmonton.

ALERT Edmonton’s organized crime and gang team made the search and seizure on October 4, with the help of the Edmonton Police Service. Four homes were searched and three men were arrested.

– a Ruger 9mm handgun;
– 195 grams of cocaine;
– 776 grams of a cocaine buffing agent;
– 15 grams of MDMA;
– 13 grams of marijuana;
– eight illicit pills; and
– $6,580 cash proceeds of crime.
The Ruger 9mm handgun will be the subject of forensic examination and ballistics testing to determine if it was used in any other crimes.

One of the homes, located in the northwest neighbourhood of Hudson, was being used to convert powder cocaine into crack. Production of a controlled substance is among the 15 charges laid against three suspects.

Dion Waddell, 25, is charged with possession for the purpose of trafficking, production, and possession of proceeds of crime.

Asslan El Hassani, 27, is charged with possession for the purpose of trafficking, production, and possession of proceeds of crime.

ALERT’s investigation dates back to August 2017 when information was received about suspected drug trafficking in the area.