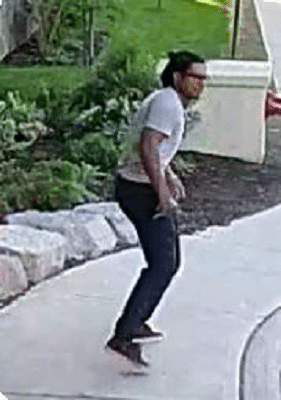 PEEL Regional Police’s investigators from the Special Victim’s Unit are seeking the public’s assistance in identifying a suspect involved in a sexual assault investigation.

On June 1 at approximately 7:45 p.m., a 23-year-old female victim was approached by the suspect at a convenience store in the area of Kings Cross Road and Knightsbridge Road, Brampton. The suspect attempted to make conversation with victim. The victim left on foot and was followed by the suspect in a silver vehicle.

The suspect again approached the victim and sexually assaulted her. The suspect fled the area in the silver vehicle.

The suspect is described as male, South Asian, approximately in his early 20’s, 5’7, with a medium build, and glasses. He was wearing a grey t-shirt and dark pants.

Anyone with information in relation to this incident is asked to contact investigators at the Special Victims Unit, 905-453-2121, ext. 3460. Information may also be left anonymously by calling Peel Crime Stoppers at 1-800-222-TIPS (8477), or by visiting www.peelcrimestoppers.ca.