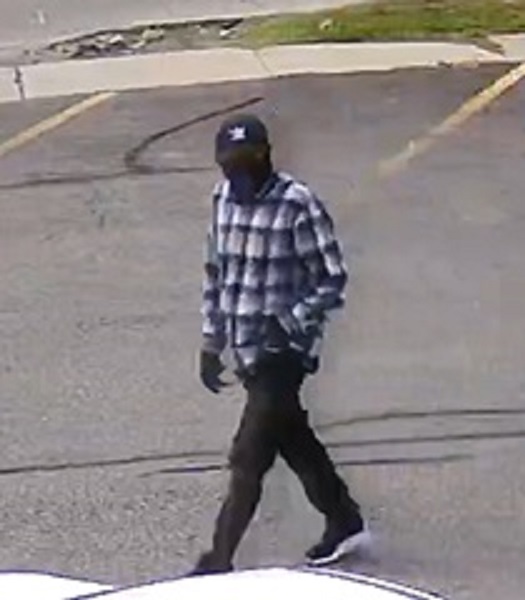 ONTARIO’S Peel Regional Police investigators are seeking the public’s assistance in identifying four suspects in a theft investigation in the City of Brampton.

On Thursday, September 24 at 5:45 p.m., the victim, a 22-year-old man from Caledon, attended a money lending company in the area of Airport Road and Slough Street in the City of Mississauga. He obtained a quantity of cash and left without incident.

At 6:05 p.m. the same day, the victim attended a restaurant in the area of Kennedy Road and Dean Street in the City of Brampton. When he entered the restaurant, two unknown suspects exited the passenger seats of two separate vehicles and approached the victim’s vehicle, broke the passenger side window and stole the victim’s bag containing the money.

The victim observed the theft and chased the suspects. He suffered minor injuries.

Suspect #2 fled the scene in a dark grey Mazda 3 and Suspect #1 fled on foot while the second vehicle, a silver Nissan Sentra drove away at a high rate of speed.

Anyone with information regarding this incident is asked to contact investigators from the 22 Division Criminal Investigation Bureau at (905)453-2121 ext. 2233. Information may also be left anonymously by calling Crime Stoppers at 1-800-222-TIPS (8477), or by visiting www.peelcrimestoppers.ca

Yet another fraudulent COVID-19 document seized at Toronto Pearson Airport