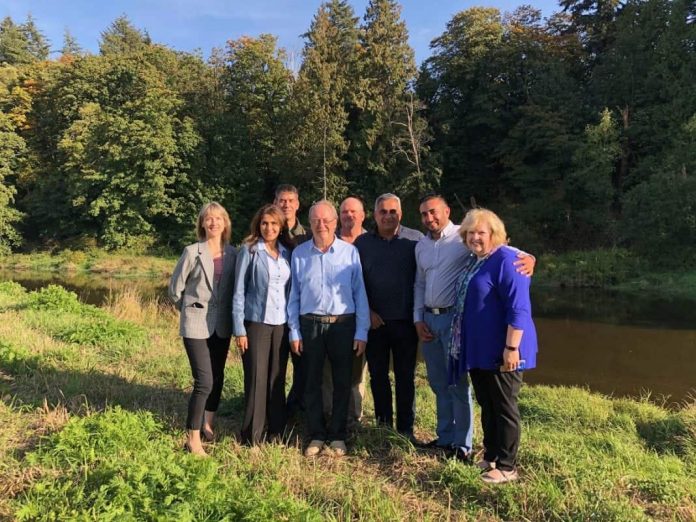 SURREY residents are up in arms about a proposed development in Rosemary Heights and mayoral candidate Doug McCallum and the Safe Surrey Coalition (SSC) candidates visited the site on Wednesday to take a firsthand look at the property (see photo).

McCallum noted: “It’s a beautiful property that is heavily treed and also borders on the Nicomekl River. I kayak along there fairly often.”

The Safe Surrey Coalition candidates say they agree that they will not allow current development proposal to pass. Especially given the sensitive nature of the eco-system, Doug McCallum and his team also promise to look into the possibility of purchasing the land and turning it into a park.

“It’s the last remaining large parcel of nature in the area. It’s an important environmental hub for Surrey and it should be preserved for the community and for future generations,” said McCallum.

The development proposal is for 285 townhouse units and 23 single family homes; it’s on the site of former Catholic Church retreat.

SSC Council candidate Steven Pettigrew also gave voice to a complaint that has been all too common lately: “Once again we see the community’s desire for the preservation of the environment being disregarded. This is very similar to Surrey First ignoring 12,000+ Surrey residents and putting a road through Hawthorne Park. Enough is enough! It is time for a change.”

Join the residents protesting this proposal on Saturday (September 29) at 11 a.m. at 154th Street and 37A Avenue.