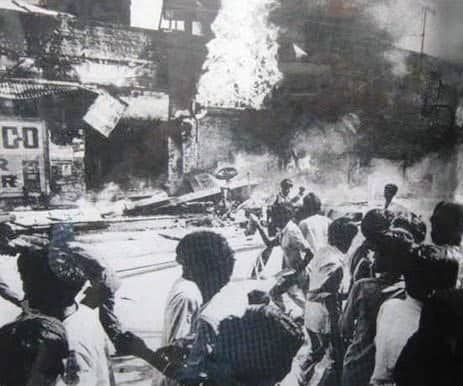 A bench headed by Justice Dipak Misra also asked the body to scrutinise the SIT’s justification in closing the riots-related cases and directed it to submit a report within three months.

“At this juncture, senior advocate H S Phoolka (appearing for one of the riots victim) submits that there are 42 other cases where investigation has been closed down. The newly appointed body can look into this as well,” the bench, also comprising Justices Amitava Roy and A M Khanwilkar, said.

The order came after Additional Solicitor General Tushar Mehta, appearing for the Centre, told the court that it was for the bench to decide and take a final call in the matter.

The court was told that out of the 250 cases which were investigated by the SIT, closure reports were filed in 241.

The matter was fixed for hearing on November 28.

The apex court had on March 24 asked the Centre to place before it the files pertaining to the 199 cases of the anti-Sikh riots which the SIT set up by the Home Ministry had decided to “close”.

The SIT is headed by Pramod Asthana, an IPS officer of 1986 batch, and has Rakesh Kapoor, a retired district and sessions judge, besides Kumar Gyanesh, an additional deputy commissioner of Delhi Police, as its members.

Anti-Sikh riots, which had broken out after the assassination of then Prime Minister Indira Gandhi, had claimed 2,733 lives in Delhi alone.

The government had earlier filed a status report on the probe conducted by the SIT in the cases.

The report was filed pursuant to the court’s January 16 direction asking the government to file a “comprehensive report” on the status of the probe conducted by the SIT on a plea seeking a court-supervised investigation.

Senior advocate Arvind Datar, representing petitioner S Gurlad Singh Kahlon, had earlier told the bench that a total of 293 riots related cases were taken up for scrutiny by the three-member SIT and it had decided to close 199 of them after scrutiny.

Kahlon, a member of the Delhi Sikh Gurdwara Management Committee, had sought the court’s direction for setting up an SIT to ensure speedy justice to riots victims.